9 Star Ki numbers are easy to find with a Nine Star Ki chart. Once you calculate your 9 Star Ki numbers, you can begin to take advantage of feng shui astrology to improve your life.

What Are Your 9 Star Ki Numbers?

In 9 Star Ki Theory, you're assigned three stars when you're born. These star energies provide you with various characteristics and traits, just like other astrology systems.

The first Star Ki number represents your basic character throughout life. It is the essence of who you are.

The second Star Ki number represents your childhood and your characteristics/traits. It is also the number that provides physical characteristics and determines how you react to your environment.

This number is said to be how you are perceived by the world. It is your outer personality. 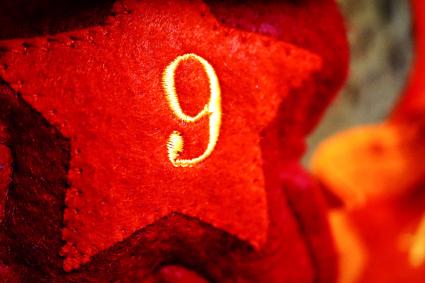 Like other astrology systems, 9 Star Ki Number astrology uses your birthdate. You can calculate your first Star Ki number with a mathematical formula, or you can use a convenient chart.

You want to keep in mind that each year the Chinese Lunar New Year calendar begins on a different day. Since this date fluctuates, feng shui astrology sets the New Year day as February 4th for every year in the 9 Star Ki astrology system.

When you use the feng shui astrology, you use the Chinese New Year calendar. You will mark the passing of a year starting on February 4 until February 4 the following year, instead of the Western calendar of January 1 to January 1. Any birthdate that falls between January 1 and February 4 must be calculated as the previous year.

An example of how to use the feng shui astrology calendar for a birthdate between January 1 and February 4 illustrates is helpful. If your birthdate is January 30, 1990, you will use January 30, 1989, since the Feng Shui astrology calendar New Year of 1990 doesn't start until February 4. It is important that you remember this, so you use the correct Feng Shui 9 Star Ki number.

There are a few online 9 Star Ki number calculators you can use. However, a simple mathematical formula makes it easy to calculate your first Star Ki number.

You want to find your first Star Ki number (birth year) in the chart below. Remember, your birth year must fall between February 4 and February 4 of a specific year. If it falls between January 1 and February 4, you must use the previous year to locate your Ki Star Number.

How to Find Your Second Star Ki Number

How to Find Your Third Star Ki Number

These three Star Ki numbers provide you with your feng shui astrology Profile. You can use your star profile to identify your strengths as well as your weaknesses. You can use the bagua map to determine the sectors of your home, and magic square (Lo Shu) for flying star placements so you can take advantage of their energies. For example, if you wish to undertake a career change, you can check to see which flying stars currently occupy that sector and if your first Star Ki number is compatible. You'll also need to determine the element compatibility. 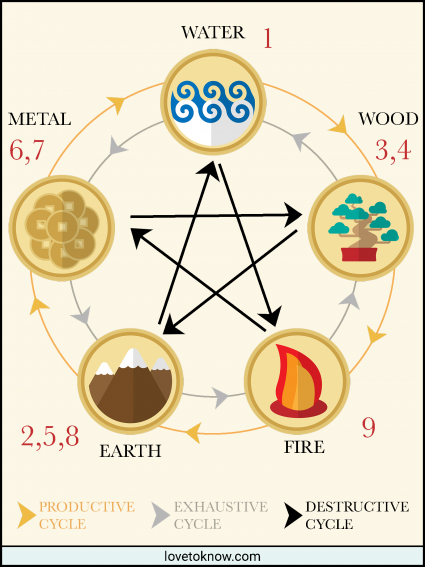 In addition to your star profile, each of the 9 Star Ki Numbers is assigned to one of the five elements. You can use the chart below to find your number and the element that governs it. In ancient feng shui practices, earth was called soil and wood was called tree. Modern feng shui uses the words earth and wood.

How to Find Your 9 Star Ki Number Profile

When you find your three Star Ki numbers, you can begin to use feng shui principles to improve your life through the art of placement and remedies. Feng shui astrology can guide you to ensure you take advantage of the nine year and nine month Star Ki cycles.