The pixiu is a symbol of wealth accumulation. In feng shui, one or two pixiu are used as a remedy for your wealth flowing away from you.

In Chinese mythology, the Pixiu is known as the fortune beast and the ninth son of the Dragon King. Pixiu is one of several heaven guardians and defends the heavenly realm from demons. The pixiu siphons off the demons' energies and converts it into gold. He is reputed to exorcise demons from humans and is most noted in feng shui applications as a wealth attractor.

The story of Pixiu's ability to attract wealth for his master also explains his ability to accumulate great wealth. One version of the story is Pixiu had an accident on the palace floors. The enraged emperor spanked Pixiu so fiercely that his anus sealed shut. The emperor condemned Pixiu to only have a diet of gold, silver, and gems. With no way to process these riches, Pixiu retained all he ate. His master became exceedingly wealthy.

The Pixiu has a Chinese dragon head, a lion's body, long fangs, and a pair of feather wings. The traditional description of Pixiu reflects the feng shui theory of yin (female) and yang (male) energies. The female is named Bìxié, and the male is named Tiānlù. Bìxié has two antlers and Tiānlù has one antler. Older depictions show the two Pixiu with hooves, while later art shows them with paws and claws. Both male and female Pixiu depictions reveal fierce animals with open mouths to collect wealth. 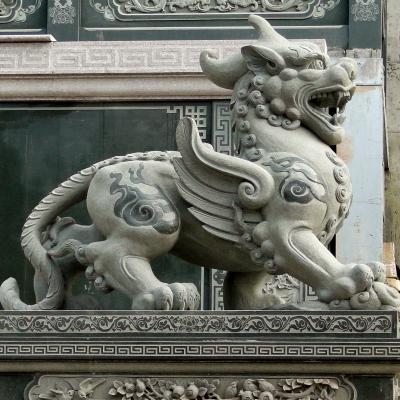 Tiānlù goes out and gathers gold, silver and gemstones and brings it back to his master. Bìxié stands guard over the treasure, defending it from evil doers wishing to steal their master's wealth. She keeps a watchful eye to ensure the wealth doesn't flow away from her master.

Over the centuries, Bìxié was dropped in the stories, leaving only Tiānlù as the wealth bringer and defender of wealth accumulation. However, some feng shui practitioners prefer to use the two mythological creatures together. The two work together to acquire, accumulate and protect the wealth of their master or mistress. If you shop for a pair, make sure they authentic depictions since many retailers sell a pair of one horn or pair of two horn pixiu.

Bìxié is especially a favorite feng shui remedy for anyone suffering from a run of bad luck. Specifically, this is bad luck wreaking havoc because the individual offended and insulted the Grand Duke of Jupiter (Tai Sui), a powerful body of chi energy. 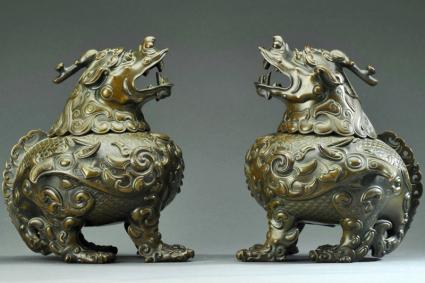 How the Grand Duke of Jupiter Becomes Offended

In Chinese astrology, the Grand Duke of Jupiter moves along with the flying stars into a different sector each year. The sector where the Grand Duke resides is not to be disturbed in any way. For example, you shouldn't undertake any renovations in that sector as long as the Grand Duke resides there. You don't want to sit facing that direction (unless it is one of your four best directions, which supersedes the rule).

The Wrath of the Grand Duke of Jupiter

In feng shui, it is believed if you offend the Grand Duke of Jupiter you will be punished with bad luck, such as loss of wealth, health, or job. There will be illnesses and accidents.

Placing a pair of Pixiu in the sector where the Grand Duke resides can counter the negative effects. You should never place the Pixiu facing out of a room, door, or window.

Many feng shui practitioners using only Tiānlù in homes and offices to protect and retain wealth and have excellent results. It is commonly viewed as a personal choice to use one or a pair of pixiu. If you choose to use just Tiānlù, and your money continues to flow away from you, just add Bìxié to reinforce the accumulation of wealth. You can set a pixiu on top of a lottery ticket to imbue good luck and wins.

You may decide to wear pixiu jewelry to assist you in gambling games. Pixiu is a popular jewelry choice for gamblers. You can wear a necklace or bracelet to attract wealth and ward off evil spirits, bad luck, and anyone wishing you malice. 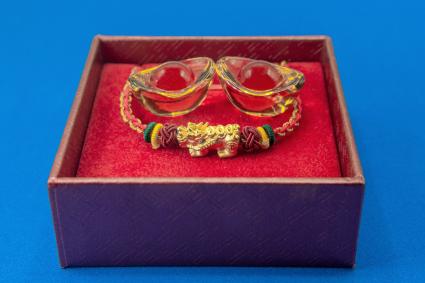 There are many feng shui applications for you to try when using a Pixiu in your home or office. You can even wear this symbol of wealth accumulation as a piece of jewelry.

Comments
© 2006-2021 LoveToKnow, Corp., except where otherwise noted. All Rights Reserved.
Power of Pixiu: The Fortune Beast in Feng Shui