The Chinese god of luck is actually three deities known as Sanxing. These three deities of luck bestow fortune, prosperity, and longevity luck when you display them in your home or office.

Sanxing translates as San (three) and Xing (stars). This is misleading since the lineup is actually Jupiter (planet), Ursa Major aka Big Dipper (star constellation), and Canopus (star). These heavenly bodies are characterized as three Chinese gods. Each of the three gods (Sanxing) is responsible for a specific auspicious luck that Chinese astrology uses in defining an individual's life fate.

The three gods of the Sanxing are Fuk, Luk, and Sau. These gods are also known as the three immortals or three wise men. Other spellings, depending on the dialect, include Fu, Lu and Shou or Fuk Luhk, and Sauh.

The three immortals are a traditional feng shui cure or remedy that is used to correct life areas of wealth, health, and prosperity. Symbolic items are carried by each god and the three deities are always displayed together. Each one wears a traditional Chinese robe, sometimes specific ones, such as Fuk dressed in a scholar's robe. 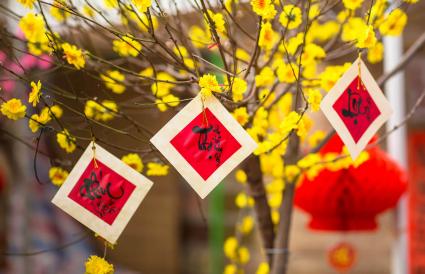 Luk (Ursa Major) is the god of prosperity and rules over the Big Dipper constellation, also referred to as the Great Bear. Luk is usually depicted holding a ru yi scepter or a gold bar. You might find some statues where he is holding both. The ru yi scepter is a feng shui remedy/cure for career, and the gold bar is an obvious symbol of prosperity through income and a stable career or other source of money.

Sau is the god of longevity and rules over the star Canopus. Canopus is also known as Alpha Carinae since it is the brightest star of the constellation Carina. The myth surrounding Luk declares he was born old and bald; this how he is always depicted. He carries a Golden Peach in his hand, the symbol of immortality. His peach is said to be from the Holy Peach Garden of the goddess Xi wangmu's (Queen mother of the west and wife of the Jade Emperor). Some statues depict Sau holding a Wu Lou, the gourd of health.

How to Display the Sanxing

When you use the Sanxing, Fuk, Luk, and Sau, you want to arrange them in their correct order. The three gods should be displayed in a row, side-by-side. Starting from the left, you will place Fuk followed by Luk in the middle, and Sau on the right. All three gods should be placed facing forward.

You can use the three immortals to bestow fortune, prosperity, and longevity. There are several key placements you can choose. Don't overuse with more than one set of gods since you don't want to appear greedy to the deities. Fuk, Luk, and Sau are not the kind of gods that prayers are offered to, but are still highly revered and used respectfully in feng shui applications.

The East is your health luck sector. This is an excellent placement for Fuk, Luk, and Sau in your home or office. The three immortals should be facing into the room, never out.

The northwest is your mentor luck sector. The three immortals are often placed in this sector to enhance the support you need in your career and life. If you're having difficulty advancing in your career, Fuk, Luk, and Sau can help you connect with a valuable mentor.

The dining room is an ideal place for the three immortals. You can place the star gods on a sideboard or china cabinet. If you are using a painting, then place on the east wall for health luck. The three immortals should face the dining table, so their blessings are bestowed on the food and your family. 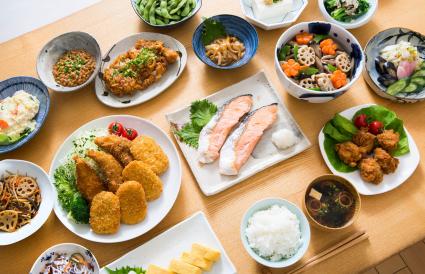 You can also place the trio in your office. The best office placement is behind your desk. The deities should be set high enough, so they are ever watchful looking over your shoulder. If you can't place the three immortals behind your desk, set them in the northwest corner facing your desk.

What to Avoid When Displaying Fuk, Luk and Sau

You should follow the same feng shui rule for deity placement when placing Fuk, Luk and Sau. You should never place the three immortals in the kitchen, bathroom, or bedroom.

You can use Sanxing, the three immortals to bring you three types of luck. You can choose the best placement for your situation to reap the grace and blessings of these feng shui gods.