What Is the Double Happiness Symbol?

The legend of the double happiness symbol meaning and how it was created came from the Tang Dynasty. A young man was traveling to the capital city to take an exam as part of his audition for a royal court minister. Unfortunately, as he was trekking through a mountain pass, he became gravely ill, and a village herbalist and his daughter nursed the man back to health. 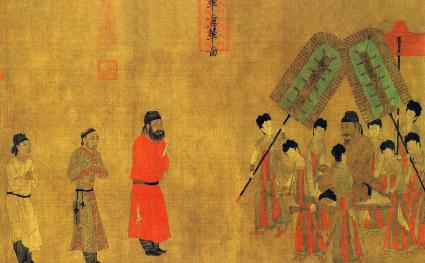 Half of a Love Couplet

On the morning when he was to depart, the young man was torn between his newfound love for the herbalist's daughter and his ambition. Struggling to say goodbye, the girl wrote half a couplet, giving it to the young man so he could write the other half as a completed symbol of their love.

Upon passing his exam with flying colors, the young man found himself in front of the Emperor. The final test was presented by the Emperor, who recited half a couplet, then challenge the youth to complete it. As fate would have it, the partial couplet his lover had given him was the perfect match for the Emperor's couplet.

The young man was accepted into the royal court of the Emperor. He raced back to the mountain village to tell his true love of his success, thanks to her half couplet. The couple decided to get married and wanted to create a symbol of their happiness. They each cut out the character for happiness in the auspicious color of red and put them side by side on the wall of the temple during their wedding ceremony. Since that moment, the double happiness symbol has been used to bless and signify a happy marriage.

How to Use Double Happiness Symbol in Feng Shui

The double happiness symbol is often used in the simplistic form of a red cutout. You can also find it in black or gold lettering. You may prefer to use it as a stencil, a cutout in a black frame, a drawing in black ink against a red background, or other form of art. 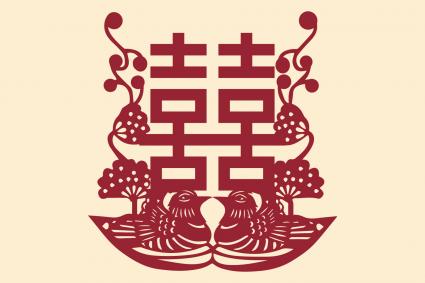 Where to Place Double Happiness Symbol

The most prevalent feng shui placement for the double happiness symbol is the master bedroom. The ideal location is on the wall above the bed. If you don't want to place the symbol above your headboard, then you can place it in the southwest corner of the master bedroom. The southwest corner is the love and relationship luck sector and a perfect location for the double happiness symbol.

Other Placements for Double Happiness Symbol in Your Home 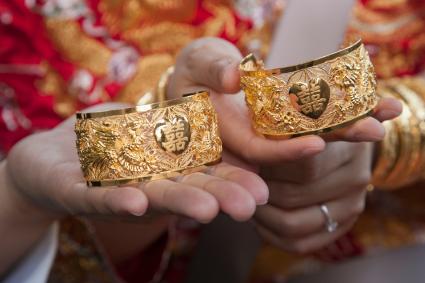 You can use the double happiness symbol in feng shui applications. It is a feng shui go-to remedy for a rocky or challenging marriage and is also used to keep a happy marriage on track.