Flying Star Charts used in one of the traditional schools of feng shui is also known as Xuan Kong. Its main difference from other schools is the use of the time dimension. This allows a charting of current chi energies within a home or office. The charts can be made for annual, monthly, weekly, daily, and even hourly star movements to represent the auspicious and inauspicious chi energy within these spaces. By using flying stars, feng shui practitioners demonstrate the concept of good and bad luck under the influences of yin and yang chi energies.

The charting of these energy fluctuations is made by using a Lo Shu Square. Often referred to as the magical square, the Lo Shu used in Flying Star Feng Shui has confounded philosophers for centuries. Its secrets remain hidden, locked away in antiquity.

The flying stars used in Flying Star charts are acknowledged as being based on the nine stars of the constellation Great Bear (also called the Sickle) and their traits. These nine flying stars are numbered and attributes assigned to each number.

The Numbers of a Chinese Star Map

The flying stars consist of numbers 1 through 9. To determine the positive and negative areas of a chart, numbers are used to represent the positions of the placement of the stars. The chart is then laid over the floor plan of the home or in a Lo Shu nine-square grid. The Chinese flying star chart has three numbers in each of the squares, or palaces, of the Lo Shu. The numbers are called base star, facing star, and sitting star.

The flying stars are numbered and assigned specific qualities and energies. Calculations are used to determine their placements each year and each month on the chart.

Each of the Flying Stars is either positive or negative. Positive stars are considered timely, and negative stars are considered untimely. The determining factor of each star depends on the specific activation of the star and the period of reference. Chinese star charts show the positions of the Flying Stars, both timely and untimely. This knowledge provides practitioners of traditional feng shui the opportunity to activate the proper feng shui cures and activate the auspicious energies.

Flying Stars formula is calculated using a compass. The stars are indicated with their correlating numbers. The nine-grid square (Lo Shu Square) is typically used for the flying star feng shui chart, although a bagua overlay of the home layout can also be used. Each sector or grid square will feature a series of three numbers. These numbers are calculated using the compass reading.

Flying stars reveal that the world and all life don't stay the same; everything is forever moving and changing. The flying stars concept introduces this time element into feng shui since flying stars move like celestial stars. In astronomy, the stars are in constant motion and changes take place continuously over time. Flying stars act the same way. 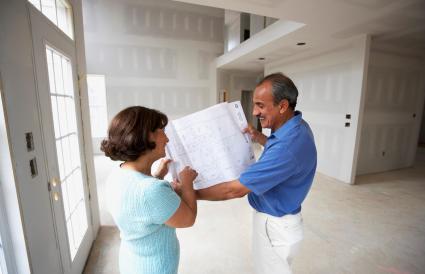 The movements of feng shui flying stars can be plotted annually, monthly, weekly, daily, and even hourly. However, most feng shui practitioners chart the annual and monthly flying stars for a clear picture of what's known as time dimension feng shui. The stars follow a specific flight path. This is a defined pattern in the shape of the Symbol of Nine Kings or the Sign of Sigil.

Flying Stars of a House or Business

Upon the completion of a house or business, the building has its own chi determined by the flying stars at the time it was finished. Each star can be mapped out on a building blueprint using the bagua to divide it into sectors.

Feng shui practitioners use flying stars (time dimension feng shui) to evaluate the energy that moves within a home or business to determine how it will affect and influence the energies. The flying star placements will have a decided effect on the people living in the home or working in the business. Over time, the chi energy of the house or business changes. This occurs when the flying stars move and take up residence in different sectors.

The main flying stars most people follow are the annual movements. Feng shui offers effective annual remedies. If these countermeasures are ignored, then the afflicted sectors in the home or business can have a negative impact on those living or working there. These results can be accidents, loss of job, financial loss, illness, and a variety of negative things.

The most consistent date is when construction is completed. This date is considered the birthdate of the house and does not ordinarily change. However, it can be changed if the structure undergoes major renovations.

When a feng shui practitioner calculates the flying star feng shui chart for the house, she/he will also complete flying star charts for each family member. Each family house occupant will receive a flying chart that combines their flying stars with those of the house. This is the only way to ascertain which areas of the home is best suited for each family member. With such a chart, you know where the best place is in your home to eat, sleep, work, play, and study.

Importance of the House Period Number

The period number is the most important number of a feng shui flying stars chart. A feng shui period is defined by the Chinese calendar and is 20 years long. Period 8 began in 2004 and ends in 2024. A home completed between this range of years is a period 8. This is determined by the house birthdate. The year it was completed will fall within a series of the 20-year cycle. 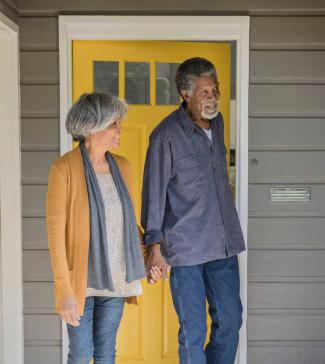 Some practitioners view a period 7 or earlier home that had a new roof installed during the period 8 timeframe is transformed into a period 8 home. Some practitioners believe it only requires significant renovations of the floor and walls to constitute a period change.

By combining the following principles and examining how they interact, star charts are created to determine the auspicious and inauspicious areas of the home at specific times. These principles and interactions include:

The Feng Shui Twenty-Year Chart is the one to use for locating your best house or office match. This chart is considered the basic chart in Flying Star Feng Shui. It will show you the stars that have an influence on the structure for the entire twenty-year period. These won't change from one period to the next since they're based on the house birthdate (construction completion date), unless significant renovations are made.

Annual Flying Star Chart is used to keep your house under the best influences possible. This is accomplished by making any changes or remedies needed to divert unfortunate stars throughout the year. You can also use this chart to make any changes that will enhance the stars of good fortune. You can take advantage of these auspicious stars and their location to further your career, studies, health, wealth, descendants, mentor, and relationships.

The Monthly Flying Star Chart breaks down the activities of the stars even further, giving you the opportunity to use extra caution if a bad star is in a certain sector of your home or office for that particular month. You can determine if it is a good time for an office party, open house, or other social gathering. Perhaps you want to add on to a bedroom or do some other renovation or activity in your home or place of business. This chart can guide you in such a project and help you steer clear of an area best left undisturbed.

A feng shui flying star chart allows you to anticipate possible issues based on the star placements in your home. The chart can help you avoid inauspicious misfortunes by implementing feng shui remedies to counter the stars' influences to activate the proper feng shui cures.