The yin yang sign is called a Taijitu or Taiji diagram. It represents the philosophy and principles of positive and negative or opposite energies such as male and female. The word taijitu means diagram of the supreme ultimate.

This sign of yin and yang is a divided circle of two tear-drop shapes of opposite colors - black and white. The right side, black, descends while the left side, white, ascends, creating a clockwise pattern of motion. Since the circle is whole, each of these halves is incomplete without the other. Both halves of the symbol are curved, and this creates a sense of movement as the halves narrow into a tail-like effect. Yang, the left side, is white while the yin, the right side, is black. This represents the opposite qualities of the two energies.

Dots in the Center: Neither Is Absolute

Nothing is ever totally yin or totally yang. Rather, the elements cyclically flow from one to the other, each always containing a bit of its opposite as shown by the opposite colored dots on either half of the symbol. This tiny inner circle matches the opposite half. It symbolizes how each side is dependent upon the other for its existence. The smaller circle also depicts transformation realized from the co-existence and dependency upon each other. It's a perfect sign to demonstrate how everything is connected and nothing is solitary in life. Each person, animal, plant, element and so on depends upon the others for its existence. Nothing can exist by itself.

Teardrop Shaped Halves: Yin and Yang Flow Into One Another

Opposite energies exist on a spectrum, and one always flows into another. For example, the brilliant light of day always flows gradually and gently into the darkness of night, which then flows back into the light of day. This is depicted on the yin yang sign by the curved teardrop shape of each half flowing gradually into the other half.

Circle: Both Energies Are Necessary for Balance and Harmony

This interplay between opposites are essential for balance and harmony. Continuing with the example of night and day or dark and light, consider how your health relies on both darkness and light. You need the darkness of night, which is a time of rest and sleep, to support the vitality you exude during your waking hours. Darkness fuels rest and restoration while light fuels vitality and action. These periods of darkness and light actually affect your body's hormonal production and circadian rhythms, which create balanced and harmonious bodily and mental function. Without the balance between the two, your life or health becomes dis-harmonious. The circle of the yin yang symbol represents this balance.

The yin yang sign is a symbol of completeness. This unity and oneness is created by the other half of matter, which is the opposite half. This is the law of nature and the only way any single being or element can find completeness. Oneness is found within the promise of the circle. Yin must have yang and yang must have yin or there can't be any life. There can be no balance. In Taoism this circle represents the very basic elemental energies of female and male, which are the energies of all creation.

The Yin and Yang of Life

Ancient Chinese philosophers and scientists understood the world is in a constant state of change, yet it moves through a distinct framework of cycles, each having an opposite and equal value:

Knowing Which Is Which

It's easy to become confused over which one of the two symbols is yin and which is yang. It's equally confusing are the elements that go with each. One easy way to remember is that yin translates to shady side. The shaded side of a mountain always faces North. The shaded side is dark and matches the black side of the yin yang symbol. Below is a chart to help you understand the female and male energies and which is assigned to yin and yang.

It's interesting to note this symbol is found on Roman shields. The sign was used to distinguish which region the army was assigned, so it became a regional marking. There isn't any historical evidence to point to any connection between the Romans' use of this symbol to the Chinese use of the yin yang symbol. Another stylized symbol on a Roman shield were three circles inside each other and halved. The outer circle of one side was a dark hue while its matching opposite was a lighter hue. The next circle half was light while the opposite one was dark and so on. 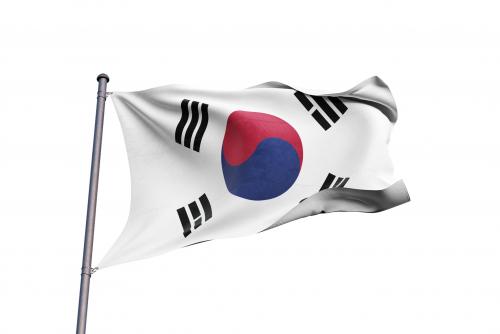 Illusion of Yin and Yang

The yin and yang energies reveal that life is an illusion because things often aren't what they appear to be. In fact, many times situations and people are the opposite of what we believe or assume. The Taoist spelling of "yin qi" which means female chi and "yang qi" meaning male chi may create a misconception and the spelling ends up incorrectly as the ying yang sign instead of yin yang.

Comments
© 2006-2021 LoveToKnow, Corp., except where otherwise noted. All Rights Reserved.
Meaning of the Yin Yang Sign