Taoism principles are many, but there are a few basic principles that when broken down and examined clearly govern all life. When you fully understand and actualize the importance of these principles, you become Tao.

Tao literally translates as the way. The meaning of the way is open to debate among Taoist philosophers. Some argue that it refers to your life journey or the path you choose to follow. All agree that Taoism is an all-encompassing philosophy that offers a way for you to understand the interconnected relationship between all living things and their beginning and ending cycles.

Before you can begin to understand Taoism principles, you must learn to be an observer of the life around you. This requires meditation and deep contemplation as well as physical observation. There are many principles but ten stick out and can guide you to the true nature of Taoism. Observing nature teaches you the first Taoism principle: oneness.

Taoism is a philosophy that is based in nature and the energies that keep everything in order and harmony. Wu-wei is the non-action aspect of Taoism when you realize you are a part of the whole and understand the Taoism principle of oneness.

To understand the Taoism principles requires a deep connection with the earth and all of its elements and creatures. This can only be accomplished by learning to observe nature and begin to feel the rhythm of all life on this planet and how it is all inter-connected as a balanced whole. As the observer, your role is to note how the wind, water, air, earth, and fire are dependent upon the other for life. This same dependency is reflected throughout nature and all life in this world. The chi energy is the connecting force that cements life into one cohesive force Pu of oneness.

To become the first Taoism principle, you must become like the element of water. Water is passive because everything can move through it. Water doesn't resist, but by the same token, water can be a powerful mighty force that carries away life in its current. Water exemplifies the philosophy of Wu Wei, or action without action.

The dynamic balance in life is two opposites completing each other in the effort to form one. This is clearly demonstrated in the yin (female) and yang (male) energies. These two energies are opposites, but when joined together form a complete energy known as chi which is the governing energy of all life and the perfectly balanced form of energy.

The goal of the second principle is to actualize the first principle by bringing all life into harmonious and balanced energy. You can accomplish Pu as a state of being only when you release preconceived ideas, and those things learned such as prejudices and assumptions.

You can witness the cycles of life by being the observer. The day and night are a twenty-four cycling process of the sun and the moon. The four seasons of winter, spring, summer, and fall are the life cycles of nature. The human and animal cycle is birth and death. The Tao is a never-ending cycle of energy transformation.

Harmony is the natural state of being. Being balanced means you are just as aggressive as you are passive. You are all things and nothing. Until you can actualize the true meaning of oneness, you cannot achieve harmony.

Having compassion is necessary to understand and relate to all living life. When you achieve this level of empathy, you find that you cannot do any harm to any living creature. You recognize that everything is connected and is part of the whole. This is a true spiritual state of being and a genuine existence of living in harmony with all life.

Experiencing and living in humility means you appreciate others. You experience a genuine respect and gratitude for those who serve as your mentors and teachers. When you recognize that all people have value and are worthy, then you gain true humility.

Living a balance life is the goal and teachings of Taoism. This path leads you to a life of moderation. You don't indulge in excessive living but at the same time you don't live a life of lack. Finding a true balance in life is very freeing to your soul and personality. 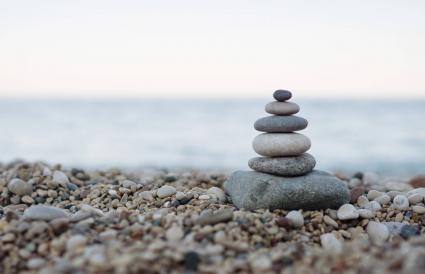 Living a healthy life is not just a guideline, but should be an act of reverence. Refilling the well of spiritual energy is a must for a healthy life. Practicing forms of meditation is essential to tapping into that spiritual well of light and energy.

Longevity is part of the Taoist goals. There are many aspects that go into creating and maintaining a long life. This includes integrating the mind, body and soul for a union of balance and unison. The story of Peng Zu is a Tao legend said to have last been seen when he was 800 years old. It's said that he shared his secret to living a long life - conversation. Some believe this translated to nurturing. So, if you wish to follow in Peng Zu's footsteps, you must take care of yourself.

Reverence for ancestors, specifically the spirits of ancestors isn't the final guidepost, but a pivotal one. This abiding remembrance and honoring is often referred to as worshipping. However, it is through this recognition of what ancestors gave to life and attending to their care in death that those on the path gain understanding of life and death.

When you understand Taoism, it's impossible to separate the Taoism principles from each other. They are all a part of the whole and together make up the one governing philosophy of Taoism - oneness.

2
Comments
© 2006-2020 LoveToKnow, Corp., except where otherwise noted. All Rights Reserved.
Taoism Principles You Can Understand