You can find stunning examples of all types of Japanese dragon art. Inspired by the Japanese dragon mythology, dragon art depicts the various dragon gods said to have the ability to shape shift into human form. You can find dragons on various Japanese architecture. They rest on shrine rooftops and serve as fountain adornments.

This replica of the figurehead of the S.S. Empress of Japan overlooks the water in British Columbia's Stanley Park. The original figurehead guarded the vessel from 1891-1926 through its years as a cruise ship and armed merchant ship during World War I. The serpent-like dragon mounted on the ship's bow is one of the four divine beasts of Japanese mythology.

The guardian of a park, this beautiful Japanese iron dragon is a wonderful example of dragon art. Most Japanese dragons, known as ryu or tatsu, are heavily scaled, wingless, horned mythical creatures. One of the main characteristics that distinguish Japanese from Chinese dragons is their three-toed clawed feet.

Multiple dragons guard the spirit of Leyasu at the Toshogu Shirne in Nikko, Japan. Leyasu was the founder of the military dynasty, the Tokugawa Shogunate, who ruled Japan form 1603 to 1867. Unlike most Shinto shrines that are built to blend into its surroundings, Toshogo is colorful and extremely ornate.

Dragons Inside a Paper Lantern

This exquisite fiery red Japanese dragon is located on the inside of a paper lantern. The dragon is a popular symbol used in various celebrations and everyday objects.

Most Japanese temples and shrines have a dragon sculpture at the entrance, known as a chozu-dokoro. Water flows from the mouth of the dragon allowing worshipers to cleanse and purify their hands and mouth before entering the temple to worship Buddha and the Gods.

Golden Dragon on a Parade Float

A beautifully detailed golden Japanese dragon is a perfect example of the many dragons that adorn parade floats. These highly revered supernatural creatures often have a place of honor in Japanese parades.

An awe inspiring painting of two dragons by Koizumi Junsaku adorns the ceiling of the Kennin-ji Temple in Kyoto, Japan. The dramatic painting was added in 2002 commemorating the 800th year anniversary of the temple. Built in 1202, Kennin-ji is the oldest of the Zen Buddhist temples in Japan.

A reproduction of an ancient dragon face from the Ryukyu culture located on the grounds of Shurijo Castle, Okinawa, Japan. The sculpture was rebuilt after World War II.

A Dragon Guards a Buddhist Shrine

Sitting on the roof of a Buddhist shrine in Kamakura, Japan, a fierce dragon provides protection. Japanese dragon art exemplifies the power of the dragon.

The three-toed Japanese dragon is in popular in home décor. You can select a stunning canvas panel grouping for a dramatic feng shui dragon room statement. Show your love for the dragon by displaying various art in feng shui auspicious locations, such as the north wall of your living room or north sector of your home.

Watatsumi known as a sea god also had another name, Ryujin that means dragon god. Ryujin ruled the seas and could change into human form. The magic tide jewels were kept in his underwater dragon castle made of crystal and coral. Guardian of the Shinto faith, he bestowed the world with wisdom.

Dragon of Fire and Wind

The Japanese dragon finds its way on wall tapestries sure to wow any dragon fan. This dragon might depict the fabled fire dragon, Mizuchi. The jilted maiden used magic to transform into a dragon to seek vengeance on her former priest lover.

The Japanese dragon is a powerful symbol that graces many shrines throughout the countryside. This auspicious artistic relief displays the fabled snakelike body curled into a circle, ever watchful over its charge.

There are many stunning examples of very distinguishable Japanese dragon art. The history behind many of these artifacts veals a rich mythological narrative of great gods and protectors. Like the Chinese dragon, the Japanese dragon has a spiritual nature. 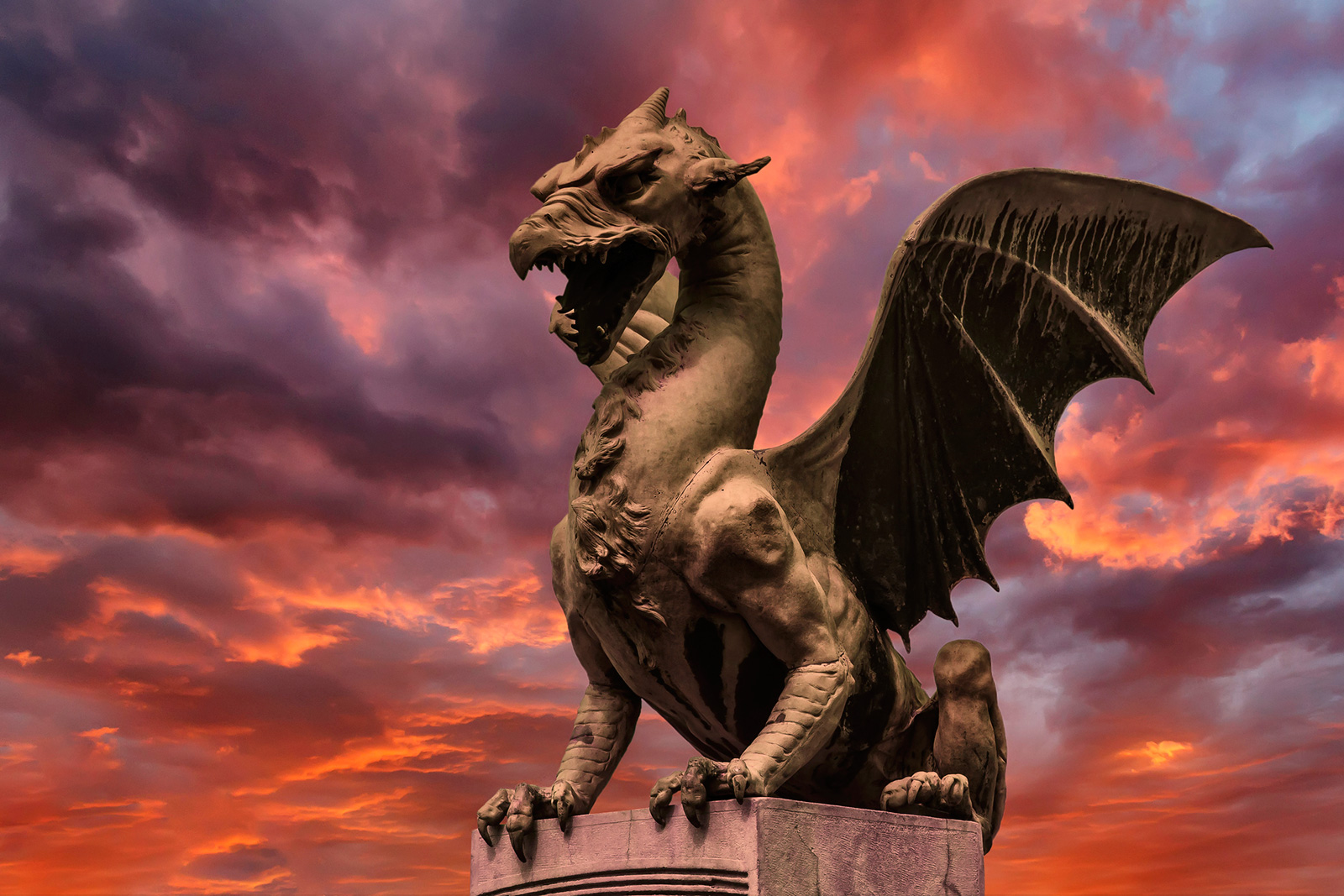