Polarity therapy is a holistic alternative treatment for achieving and maintaining good health. It is a form of energy healing developed by Dr. Randolph Stone that seeks to balance polar energies and elemental energies in the human body. The work is based on the premise positive and negative energy poles anchor a grid-like map of energy circuits and fields covering your entire body. Life force energy travels through this grid much the same way electricity flows through power lines. Overactive or underactive energy along these pathways can lead to imbalance and illness.

In polarity therapy, practitioners seek to balance the five elements of Ayurveda, which run through channels that mirror on both sides of the body. According to Ayurvedic belief, these five elements give life to all forms of matter. Your physical body is a manifestation of the five elemental energies. 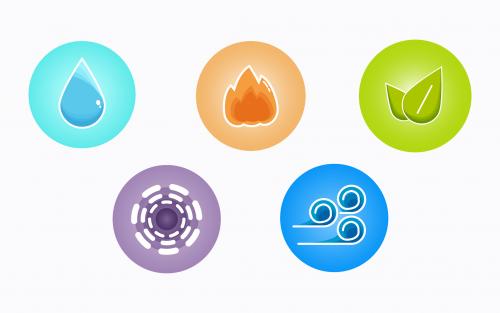 Ether is energy's highest vibrational frequency. It generates all other energies.

Fire is created from a combination of air and ether.

Water arises as a product of fire, air, and ether.

Earth is the final energy created from the other four elements.

The Staff of Hermes (Caduceus) symbolizes the manifestation of the five energies within the human body and the two polarities that send energy to the charkas (energy centers). In Polarity theory, the Caduceus staff (Sushumna) is an ultrasonic core that feeds energy to the human body's spinal cord and central nervous system. 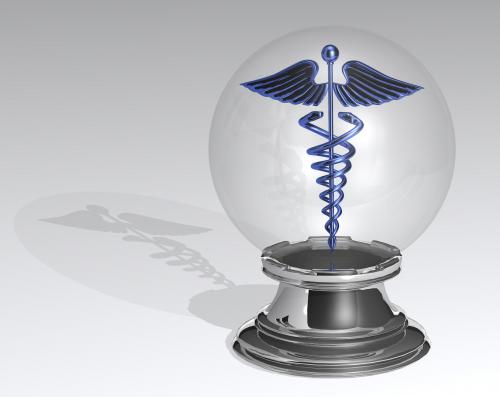 Just like yin yang energy, polarity energy has a positive, Pingala (right side) and a negative, Ida (left side). When these two opposite energies cross over one another, it creates the five fields of energy.

The energy currents traveling through your body create an energy-grid template that's made up of the positive and negative energies of the five elements. The current these energies create pulsates. The yang (Pingala) energy pulsates as an expansive current while the yin (Ida) energy pulsates as a contracting current. When functioning properly, the two energies combined create the energy of life. Healthy bodies have an uninterrupted cycle of pulsation (expansion and contraction) found from the organs all the way to the atomic level of individual cells.

Systems Interact Within Your Body

Polarity therapy is as intricate as the human body. The elements (energies) aren't solitary and must interact with each other, often working in various combinations to support body systems.

The natural flow of positive and negative energy can become blocked or imbalanced which, in turn, disrupts your body's electrical system. Pulsation becomes erratic or broken. This dis-ease in your energy system leads to other breakdowns in your power grid and cause further deterioration of your body's systems. Polarity therapy is a gentle form of bodywork that combines other tools, such a polarity yoga, nutrition, and even counseling, in order to correct and reconnect your circuit board.

Elements of a Polarity Therapy Session

Your therapist will first need to understand your medical history and will ask questions. Your answers establish a starting point for the therapist to build upon as your therapy progresses. Your therapist may conduct several assessments if she feels there's a need.

Once the assessments are completed, your therapist evaluates the imbalance of your body's energies and design a thorough plan that will include bodywork sessions. You'll have your first bodywork during this initial session to address any immediate concerns.

Your therapist administers the majority of bodywork techniques you're fully clothed by using bipolar contact. This means that your therapist may use his entire hands or just the fingers in order to link to your body's energy fields. Your therapist's touch may alter between light to deep. You'll be surprised that even deep touch is gentle since your therapist is working strictly with your energy fields and not your muscular or skeletal structures. 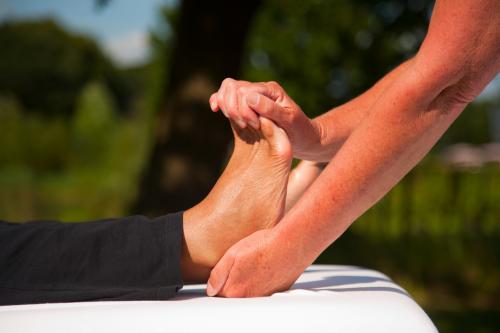 Prepare yourself for some surprises when the therapist reconnects your energy. Oftentimes this correcting of energy evokes emotional and physical reactions, especially if it's a cause of the interruption in your energy. You may find yourself crying, laughing or experiencing overwhelming feelings of anger or joy.

After Bodywork Is Completed

As part of your session, the therapist may design a diet and exercise regimen for you to follow in order to further balance the five elements within your body. If your body has a high-level of toxicity, the therapist may start you on a cleansing program.

You have discovered a unique therapy where your illness isn't treated as an invading enemy that must be fought and defeated. Instead, polarity therapy recognizes your disease is a breakdown within the harmony of your body's natural energy systems.

With polarity therapy, you can experience a gentle reconnecting of your body's energy systems to help you rediscover and maintain a healthy life.

0
Comments
© 2006-2020 LoveToKnow, Corp., except where otherwise noted. All Rights Reserved.
What Is Polarity Therapy?