From the earliest beginnings of humankind to modern times, mythical drawings of dragons have been part of the culture and legends of countries around the world. When studying mythical creatures like dragons, drawings can illustrate how the concepts have changed and evolved over time.

The Earliest Mythical Drawings of Dragons 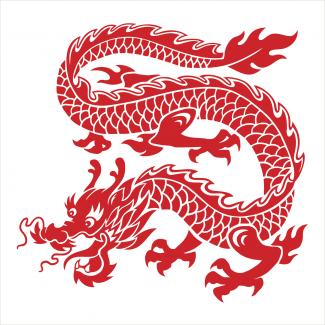 During primitive eras, snakes were revered as gods. They were seen as the creators and protectors of humans. This was especially true in Chinese culture where the emperors were said to be descendants of dragon gods, such as NuWa, the Chinese creator Goddess and FuXi, the inventor of fishing and trapping and the four-eyed dragon god, Cang Jie that invented writing.

Pictures of Mythical Dragons of Europe and Asia

As centuries passed, dragons evolved into two distinct types of mythical creatures, the European dragon and the Asian dragon. The dragons of each region had distinctive physical attributes that were depicted in often colorful mythical dragon drawings.

Variations of the European, or Western, dragons include:

Not all European dragons breathed fire; some spit out poison or ice. Visit DeviantArt to see an amazing frost dragon created by pixelcharlie. 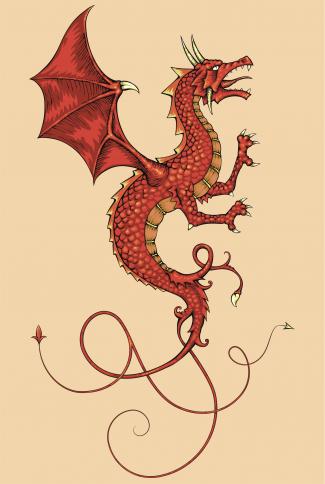 Easy to distinguish from their European counterparts, most mythological Asian dragons are wingless until they age. Most have four legs, a beard, and a long snakelike body full of scales. Even while wingless, these dragons had the ability to fly. Asian dragons could shape shift into any form including human and change to any size ranging from as tiny as a silkworm to as big as the universe. Although the number of toes on an Asian dragon varies from three to five, the number of toes are indicators of the dragon's status and nationality. These include:

Ancient Chinese mythology tells of the first dragon appearing to the emperor Fu Shi after a monster named Kung Kung punched a hole in the sky. The dragon rushed to fill the hole and from that day, the dragon ruled the weather and seasons and dedicated day and night. These events and timetable were placed in sync with the dragon's sleeping, waking, and breathing habits.

Mythical dragon drawings illustrate the fierceness of European dragons and the auspicious power of the East Asian dragons. Modern artists often stylize and create new dragon forms in this ever evolving art of mythical dragon pictures.