2019 is the feng shui year of the pig. More specifically, it was the year of the earth pig. According to ancient Chinese teachings, the earth pig brings better stability, especially where family and creativity are concerned. Intellectual pursuits are highlighted and overall most relationships run smoother.

Past and Future Pig Years

Since each Chinese zodiac animal sign has five elements, the 60-year cycle of each zodiac animal breaks down into 12-year segments per element. According to the Chinese calendar, that means the last pig year (fire pig) was 2007.

Yin is the female half of yin yang (male). It is the passive part of chi energy. It is dark while yang is light. Feng shui has polarity, so you want to maintain the balance between yin and yang energy. The two work together to create harmony. People born in pig years can experience weakness, and are recommended to increase their chi energy, depending on their pig element by adding one or more of the five elements, such of water, wood, metal, and earth.

What to Expect During Pig Years

Any pig year is one of fun and self-indulgence. It is also a time of great ease and enjoyment. Power and status are secondary to fun and pleasure during the pig year. People are nicer to one another and avoid the pitfalls of competition and greed. Peace and harmony are valued highly. So are decadent vacations and gluttonous feasts. Money is usually spent on luxuries rather than saving.

There are several areas of life that are positively influenced by the earth pig. Individuality is a prominent theme when people can excel in their chosen fields of study and occupation.

The human traits often highlighted by this astrological sign are integrity and hard work. Down-to-earth values are also in the spotlight during this year. The nurturing qualities of the earth pig take on an important role.

How Earth Pig Affects Other Elements

Each animal sign has one main assigned elements, just as someone born as an earth pig is governed by the earth element. The year 2019 will affect each of the five elements in specific ways. These include: 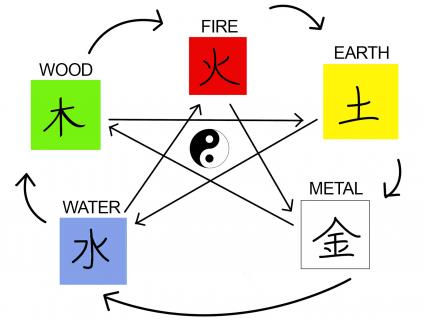 Earth pig does have its negatives, like any year. Inauspicious annual flying star placements are traditionally negated with feng shui cures. There are many online feng shui stores that sell complete feng shui kits every year.

The flying star 2, known as the illness star moves into the northeast sector. You can remedy it by placing a brass Wu Lou to protect your health. You can also use other feng shui symbols of longevity and health, such as a crane.

The yellow star 5 resides in the southwest sector. It is the star of misfortune, such as accidents, money loss and worse. There are several cures you can use:

Star 7 moves into the southeast sector during the earth pig year 2019. This brings the threat of robbery and violence. You can counter these energies by placing a rhinoceros, pagoda or dragon as your protector against burglary.

Star 3 is the quarrelsome star and brings arguments and adversity to this sector. You can counter these negative effects by placing any symbol of peace and harmony in this area of your home. Apples are used as common symbols of peace. If your bedroom is in this sector, focus on relationship cures and enhancers.

Year of the Earth Pig Predictions

Many astrologers and feng shui practitioners predict 2019 to be a mixed bag of influences. However, the underlying theme is a more stable and settled year than the previous one. Predictions are favorable for wealth and good luck. The negative side is possible financial issues for some people, especially world finances. The advice is to err on the side of caution when it comes to your money during 2019. However, if you can take a financial risk, there is great wealth to be made.

Understanding Feng Shui Year of the Pig and What It Means

There are two sides to understanding the year of the pig. One is the general meaning of the pig zodiac sign and the other is the earth pig element for 2019. These aspects along with the placement of the annual flying stars are ways each Chinese zodiac animal sign can be affected.

1
Comments
© 2006-2020 LoveToKnow, Corp., except where otherwise noted. All Rights Reserved.
Resources, Advice & Tips for Covid-19
Read More
Feng Shui Year of the Pig and What It Means