The origin of feng shui has been lost in the history of humanity. Many researchers and practitioners of feng shui believe this ancient art existed long before humans knew how to write. Some feng shui masters believe feng shui is perhaps as old if not older than the I Ching. Scientific and archeological research has uncovered artifacts that substantiate this belief. Feng shui symbols have been found on artifacts at various excavation sites that can be dated to the earlier period.

The earliest artifacts were found in 1988 during the excavation of an ancient grave and date to approximately 4000 B.C. The grave at Puyang surprised archeologists with its treasure of Dragon and Tiger constellations created with mosaics. Also discovered in the tomb were the feng shui symbols for heaven (round) and earth (square)

In Ernest J Eitel's book Feng shui, or the Rudiments of Natural Science in China (1873). Eitel writes the Chow dynasty (B.C. 1122) shows the first beginnings of feng shui used for determining burial sites. The locations of gravesites protected the chi of the deceased and gave support to their decedents. Emphasis was placed on the importance of the landscape and features of the area. such as bodies of water and mountains.

Some scholars argue that the presence of feng shui symbols and animals in ancient belief systems, such as Confucianism, Buddhism, Taoism, Vastu Shastri, and others proves the antiquity of feng shui. Feng shui principles are found in Chinese classics. These include the Lishu or Li Shu (3rd century BCE) and the Book of Rites (Ji Li) from the Zhou Dynasty (1046-256 BC) that were recreated after the first Chinese emperor, Qin Shi Huang burned ancient texts and buried 460 Confucian scholars alive during his push to unify China.

The earliest known records relating to the art and science of feng shui date to the Han Dynasty, between the years 200 BC to 200 AD. During this time in the rugged mountainous area of the southwestern region of ancient China, the principles of feng shui were used to find the perfect spot for homes, villages, and graves where auspicious chi was able to flow freely.

The Tang Dynasty: The Form School of Feng Shui

The years of the Tang Dynasty (618 to 906 AD) saw the existing principles of feng shui come together in the Form School, also known as the Landscape School. The purpose of this basic classical form of feng shui was to locate places in the landscape that had auspicious chi to keep the people protected.

The Form School of Feng Shui clearly illustrates the belief that all things from the littlest stone to a magnificent mountain are living and charged with chi that has the power to be energizing or destructive. Feng shui masters of the time taught the principles and beliefs to build all structures in harmony with the universe. Structures that were harmonious with the energy fields of the universe would benefit from good chi. 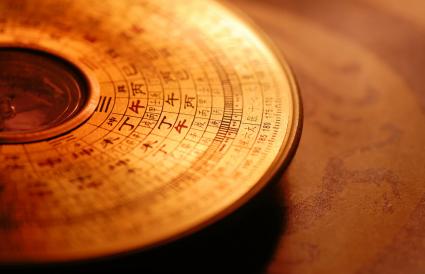 Yahn Yun Sung is credited with developing Compass School Feng Shui. He made many important contributions and refinements to feng shui in 888 A.D. His many teachings and written works are considered classics in the study of the history of feng shui. Shortly after the Song Dynasty came into power in 960 A.D., Wang Chih further refined the practices of Yahn Yun Sung. These feng shui principles and practices are the basis of much of the Compass School as it is known and studied today.

The additional practices and principles of Compass School Feng Shui developed in southeastern China where the landscape of the countryside was flat plains.

Feng Shui from the Ming Dynasty to the Chinese Cultural Revolution

Feng shui continued to be popular throughout the Ming and Ching Dynasties (1368 to 1911). However, when the Ching Dynasty fell, the ensuing Chinese government discouraged the practice of feng shui. Even though the communist government seized control in 1949, many feng shui practitioners continued to practice their art.

Tragically, many of the books and other items relating to feng shui were destroyed during the Chinese cultural revolution (1966 to 1976). This created a wide gap in the feng shui history that can only be pieced together by artifacts that remain and may one day be discovered. Most of the feng shui masters and practitioners left China seeking safety in places within relocated Chinese communities including:

As feng shui found its way to the western world, it has continued to grow in popularity as more people embrace the importance of benefits of chi in their lives.

The practice of feng shui has spread throughout the world as millions of people in all countries practice it. Today's Chinese government is less strict as in the past where feng shui is concerned. In modern China, feng shui is once again accepted and practiced in China.

The traditional schools of feng shui, the Form and Compass Schools, are often blended together as practitioners refine and develop variations of the ancient art and mathematical science of feng shui.

The History of Feng Shui

Throughout the history of feng shui, an underlying appreciation and knowledge of the importance of chi energy have existed. This balancing of energy remains the basis for the concept and practice of feng shui.