The most basic element of feng shui is chi energy, life force energy that flows through everything and governs all living matter. This concept of chi energy is where feng shui begins. It's the connecting energy that makes the world cohesive and dictates how everything cycles into each other and creates life. Beginners to feng shui need to understand simple basics regarding chi in order to start making auspicious choices in placement and design.

Feng Shui Is the Art of Placement

Feng shui (fung-shway) means wind and water. It is the ancient Chinese artform of placement. The goal of feng shui is to create a positive flow of life force energy known as chi.

Chi energy is divided into two opposite forces, yin (female) and yang (male). For a healthy existence, chi energy must be balanced. Too much yin or too much yang creates an imbalance. When this occurs within the body, you're more prone to disease. On a global scale, nature suffers. In your home, life becomes off kilter. 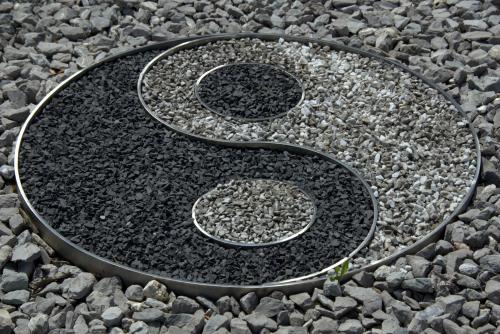 Chi energy further divides into five feng shui elements that have different configurations of yin and yang energies. These five elements create a cycle that must be observed and kept in balance in order for chi to flow optimally. 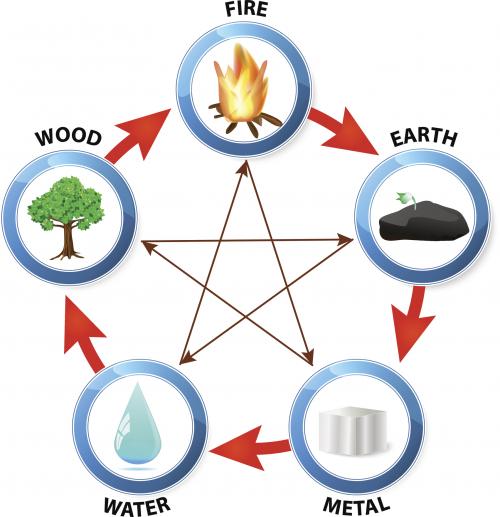 These energies govern different sectors of homes, rooms, and other spaces. They are based on compass directions and laid out on the bagua, a map that guides basic feng shui layout and placement. 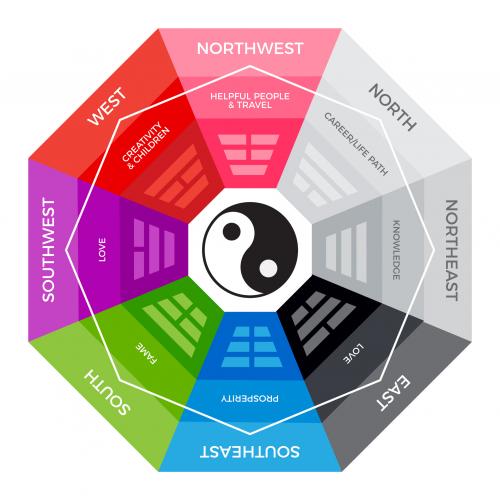 These luck sectors are all represented on the bagua, and using items from the proper elements that govern the sector can enhance luck in those areas of your life. Luck sectors, the elements, and their compass directions include the following:

There Are Different Schools of Feng Shui

There are three main schools of feng shui in the Western world. Two are considered traditional or classical feng shui, and the third is a western version of the ancient eastern art.

Typically called Form school, this is one of the traditional or classical feng shui schools. In the modern world, it's rarely practiced by itself and is usually combined with the Compass School. It's known as Form and Compass Feng Shui. Shapes and Form Feng Shui focuses on land formations and the elements surrounding the house. Exterior elements have a greater impact on the home than which room you use for a bedroom. For example, if a dead-end street ends directly across from your home, then you and your family can experience health-related issues and financial stress due to what is called the poison arrow effect.

Compass school relies on taking compass readings to determine the sitting/facing directions of your home. It also employs calculating the house's Kua number (calculated using year house was built and compass reading), and each family member's Kua (Gua) number (birthdate). In addition, the East and West System or Eight Mansions and Flying Star System are calculated for each member within the home. When combined with Shapes and Form school, you get a very concise and mathematical evaluation of your home and each family member. 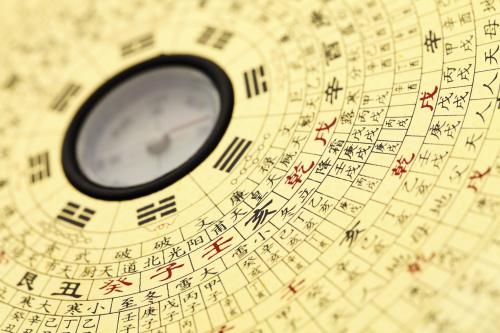 This school of feng shui requires many tools including the following:

Choose a single feng shui school and follow it, or you risk sending the universe confusing messages. Find the one that works for you; there is no right or wrong answer, although feng shui experts from all schools have strong opinions. According to traditional feng shui practitioners, if you place elements in a one-size-fits-all bagua overlay for your home, then the elements are being placed in the incorrect areas. Traditional feng shui experts claim Black Hat cures may work or appear to work due to applying the basic feng shui principle of getting rid of clutter which frees up blocked chi energy. 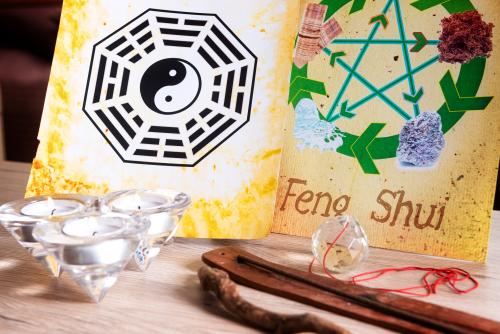 A prime example of the differences between Black Hat and Traditional Feng Shui: The north is controlled by the element of water and is a career sector. Black Hat dictates placing a water fountain in the north sector of your home to activate your career. In some cases, this could literally end your career. If you're in a year where inauspicious flying stars have moved into the north sector of your chart, then adding a water fountain will only boost those negative influences. This why a fountain may have worked quite well for you the previous year but suddenly the magic seems to have disappeared and your career is failing. Black Hat practitioners disagree with this assessment. They feel their form of feng shui is helpful, useful, and easy to follow, making it an ideal form of feng shui for the western world.

As you can see, Feng Shui is a complex system. Learn about the basic tenets of feng shui and then decide which school you wish to follow.