The colors and symbols of four classical elements represent the different aspects of nature and the forces of energy that control the world according to classical philosophy. You can incorporate these triangle element symbols in your daily life, your home and work environment, and even your attire.

The four classic elements are still essential symbols of the cultures and belief systems of many groups, including Native Americans, pagans, and various tribal groups throughout the world. More modern groups such as Wiccan have adopted various symbols from these ancient cultures, and astrology also makes use of the classical elements. During the Greek Hellenic civilization (323-146 B.C.), the symbols used to represent the four elements of Greek physics were based on the triangle:

Later, Aristotle added a fifth element, ether, which you find in certain schools of thought or energy healing, such as in polarity therapy.

The colors and symbols associated with the four elements each represent different aspects of nature. Depending on the culture and belief system, the symbols and colors may vary slightly.

The earth element is found in both feng shui and classical philosophy. 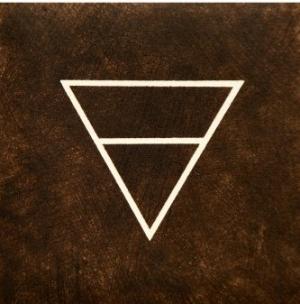 In feng shui, earth represents a strong solid foundation. This element is assigned to the compass directions of southwest and northeast, as well as the center sector of your home.

Water is a feminine element that appears in both classical philosophy and feng shui. 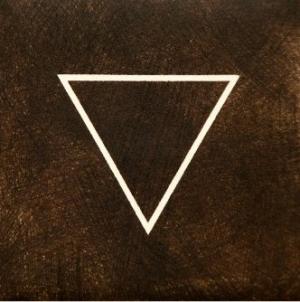 In pagan cultures, water rules the compass direction of west and the season of autumn. However, in feng shui applications, the water element is assigned to the north.

Fire is a masculine element that appears in both feng shui and western philosophy. 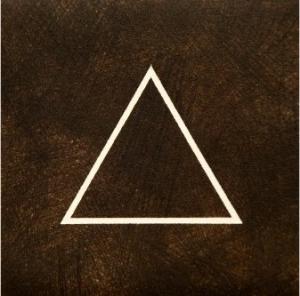 In feng shui, the masculine energy is called yang.

What color is air? It depends on the culture and school of thought. In feng shui, air isn't considered one of the five elements, so no colors are assigned to it. Air is a masculine element in many cultures. The chi energy rides on the air to travel around the world, but air cannot be contained or recreated to use within or outside your home. Therefore, it is not considered as an element, but a vital component of chi energy. 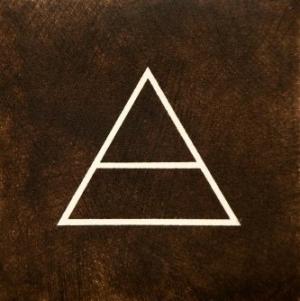 In many cultures, air is recognized as the breath of all life forms. Nothing can exist without it, but it's an invisible force and can only be seen in its passing through the other elements, such as:

Some cultures believe air is represented by the compass direction east.

What about other elements?

The colors and symbols of four classic elements and the relationships they represent have been used to bolster and enhance personal environments throughout history. Most cultures have a deep reverence and respect for the elements of the world and recognize using them as well as their symbols and colors, they can bring those energies back into balance within their homes and surroundings.