Chinese symbols meanings have a great impact on how the symbols are used in a feng shui remedies, especially when a symbol is used to activate an element. There are many powerful Chinese symbols you can incorporate into feng shui design that will improve the flow of chi and bring auspicious energy.

Meanings and Use of Chinese Symbols

People often turn Chinese symbols into good luck charms. You can use these symbols to attract certain energies to you and your home. If you want to capitalize on this feng shui remedy to activate certain energies within your home, you need to know where each sector is located in your home. In addition, you'll want to make the symbol is made out of the feng shui element associated with a particular sector. For example, if you want to use a symbol in the Eastern sector of your home, the optimum choice of material for your symbol would be wood.

Many symbols activate chi energy in your career or wealth sector. You can use the same symbol for different areas to bring the energy represented by the amulet, figurine, or picture. You can use wealth symbols to boost your career to bring greater success to your work sector as well as in the wealth area of your home.

These gold icons resemble a funny shaped hat. Many people place these symbols in wealth areas of their homes to bring them good luck and to improve finances.

You will find Chinese coins tied together in either three or six combinations. Verify that the coins used come from a positive dynasty such as I-Ching. You don't want to invite negative energy by using coins from a tyrannical cruel dynasty. Place coins in your wealth sector to stimulate the energy to draw more money your way.

Fu Dogs are stylized lions originally created to instill fear in would-be thieves. Crafters carved these very large guard dogs from stone to be placed in front of the imperial palaces. These fictional creatures quickly became the symbol of great wealth and protectors of riches. 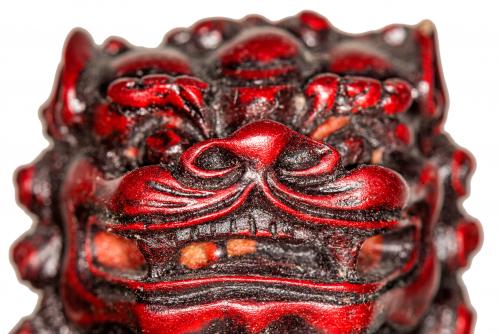 If you want to attract great wealth and success just add a dragon turtle to your wealth or career sector. This mythological creature has a turtle body with a dragon-styled head. The energies associated with this symbol are courage, determination, power, and success. This is a powerful symbol for business endeavors. The depiction of the dragon turtle is on top of a heap of gold ingot and I-Ching (a positive dynasty) coins. Its mouth is open so it can blow out positive energy with great power. Typically, you'll find a coin in its mouth. Make sure the coin is face up (Chinese characters side).

A three-legged toad is a very auspicious symbol for calling wealth into your home. Most statues come with a Chinese coin in the toad's mouth similar to the dragon turtle statues.

Goldfish will attract money and wealth to you. For best results use a combination of eight red and one black or eight black and one red fish.

Chinese good luck charms, amulets and objects are a mix of elements as well as motifs.

Many believe that sacred animals and deities will grant your heart's desires. These people revere the ox as a sacred animal. You can use symbols of the ox as good luck charms in whatever sector of your home that you want to activate. For example, if you have a wish for a certain job, place this symbol in your career sector of your home or home office.

Lucky bamboo is a live symbol you can use to activate fire and wood elements. Lucky bamboo attracts fresh new energy to help you re-energize certain sectors of your home and subsequently, your life. These arrangements come with varying numbers of stalks. Each number has a specific meanings and symbol of what kind of luck it can bring to you.

The mystic knot is a knot of eternity (figure eight) and is comprised of six other infinity knots. This series of tied knots create a charm of endless luck and great abundance to whoever wears or uses it in a home décor. The knot is typically made of red silk cord and often is attached to another charm for a specific purpose such as coins for attracting wealth or a pair of Mandarin ducks used as a symbol of a happy marriage.

If you're wanting to renew a failing marriage or find new love, then love symbols might help you.

People use red envelopes to bestow blessings to the receiver. There are many occasions when you can gift someone with a red envelope, such as a wedding, birthday, anniversary, or job promotion. The myth behind this symbol originated from a young man slaying a dragon. Out of gratitude, the village collected coins and sealed them inside a red envelope and then gave it to the dragonslayer. Make sure there is always one Chinese coin inside the envelope before you seal it and give it away.

The Mandarin duck and the crane are two of the most commonly used symbols for a long and happy marriage. Whichever one you decide to use in your marriage sector of your home, be sure to use two ducks or two cranes to represent you and your spouse (lover).

Two of the most popular choices of flower symbols for love are peonies and peach blossoms. Their delicate beauty is full of elegance, longevity and abundance and will

Rose quartz is considered the epitome of a love charm. Wear it as a necklace either natural or carved into a love symbol. 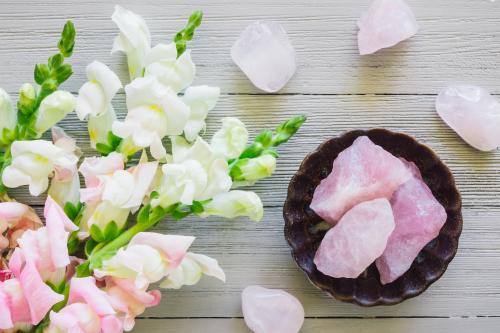 In the Chinese culture birds, often exotic, represent love. The two most prominent ones are a pair of Mandarin ducks or a pair of cranes. In many of the drawings, these birds are stylized and have elegant flowing lines of feathers to convey the emotion of love. Use these in pairs if using ceramics or pictures.

A figurine of the love goddess, Kwan Yin is often used in homes to symbolize all of the qualities this goddess embodies, which includes compassion and mercy, necessary for love to exist in harmony.

There are numerous symbols within the Chinese culture that represent happiness. Some of the symbols are Chinese characters, objects, animals, and even one of the five elements of wood, fire, metal, water, or earth.

The legendary phoenix rising from ashes to create a new life is the yin of the yang found in the dragon symbol. When you use the two together, you draw the energies of yin and yang in an effort to create the perfect balance, which in turn will bring great happiness.

Many of the good luck symbols don't have a legend or mythological story behind their designation. The magpie is such a symbol. It's distinction as a symbol for happiness is simply because the pronunciation of the word, Magpie, in Chinese is similar to the pronunciation of the word "happiness." There are various superstitions that have grown out of this symbol for happiness. For example, if a magpie caws outside your home, then it's a sign or omen that someone will soon arrive with good news that will make you very happy.

The Three Lucky Immortals are said to bring great happiness and good health.

Happiness is bestowed upon your home along with abundant spiritual insight and material wealth when you place a statue of the Laughing Buddha in your most auspicious sector. Be sure to give Buddha an elevated location and place of honor. 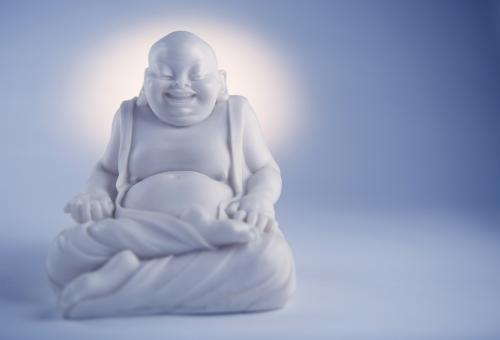 As the symbol of beauty and enlightenment, the lotus flower attracts auspicious energies guaranteed to make your life one filled with great happiness.

If you seek a happy life filled with never-ending blessings and good luck, then this figure eight knot created by tying a series of six figure eight knots together is a symbol you want to use to suspend amulet, charms or other lucky feng shui symbols.

Certain numbers are considered auspicious and believed to draw in happiness and abundance. These include the numbers six, eight and nine.

Chinese characters typically have dual or more meanings just like other languages have words that can have double meanings. For example, xi means happiness, but it's also a symbol used for fertility as well as a symbol of good luck. Chinese characters are used as symbols to represent happiness, just as in the English language you might display a wood cutout of the word "happiness" in your home.

It helps to understand how the characters are used to create variations of words and phrases. The basic characters are called radicals (Bu Shou) and are the Chinese alphabet. These are used in combinations with various strokes to create a written language.

The xi character for happiness has several variations that mean different degrees of happiness. To understand how the characters are represented or written out, you must learn how to decipher the Pronunciation Romanization. Simply put, the Pronunciation Romanization is used to indicate which character (given by name) is being used and the number of strokes (a number) you need to draw with the character to change its meaning such as these examples of happiness spelled out in Chinese characters:

Since the most recognizable symbol for happiness is also symbol for double happiness, shuang1 xi3, it's not surprising that it's used throughout china as the symbol for weddings. It's printed on red flags, lanterns, envelopes, cards, napkins, and other wedding motifs and objects. One tradition is to cut out the character xi in red paper and place on the entrance doors and the inside walls of area where the wedding will be held. In addition, red paper cutouts are placed on the honeymoon suite doors and even on the walls. Red lanterns are suspended around the couple's bed to attract happiness to ensure a long and fortunate marriage.

As you can see, there are many Chinese symbols, meanings and elements to consider when selecting one for your home.